Ouch, Have You Been to the Pharmacy Lately? 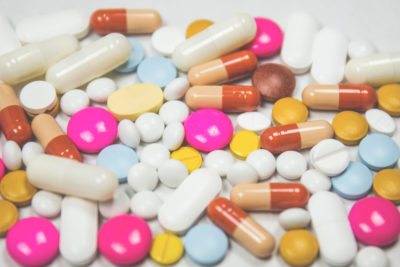 A friend recently recounted to me his recent visit to the pharmacy needing to fill his Crestor® prescription to control his cholesterol. He was excited by the prospect of saving some money because Crestor® had recently gone generic and the cost should have dropped dramatically.  He was shocked to find out that a 90-day supply was $711 for the generic version, just $39 less expensive than the name brand. Shopping more than a dozen pharmacies yielded similar results. Because he was on a high deductible health plan for his medical coverage and the money was coming from his Health Savings Account, this was a big bite from his long-term medical savings.

When a drug’s patent has expired and a new manufacturer begins producing a generic equivalent, initially the prices do not decrease dramatically – commonly taking six months to a year to see major price reductions. When questioned about their high prices, pharmacy company executives often state that their pricing model is based on “what the market will bear.” The market seems to bear most of these price increases because consumers frequently pay only a portion of the cost because a third party payer (an insurance company of Medicare/Medicaid) is covering a substantial portion of the cost. With high deductible medical coverage plans more widely being selected, consumers are increasingly feeling the sting of these exorbitant charges directly.

Just how widespread is the problem of increasing drug costs? The Journal of American Medical Association published a study with a sobering statistic: Per capita, drug spending in the United States is a staggering $858 per year compared to $400 spent by the citizens in 19 other industrialized nations. In the U.S. prescription drugs now make up 17% of our total personal medical spending.

The national media has been reporting some high profile cases of price gouging. Most recently, Mylan, the manufacturer of the EpiPen®, has been in the news for increasing the cost of this lifesaving drug to treat severe allergic reactions such as food allergies and bee stings from over 400% to $800 for a two dose pack. The outrage is that this medication costs around $1 and the dispensing device $5-$6. Before that, Turing Pharmaceuticals, the maker of Daraprim®, the life-saving drug that has been around for decades to treat malaria and more recently to prevent infection in HIV patients, increased their prices 5,000% to $750 a pill. The new CEO (hedge fund manager and new company owner) smugly sat before a congressional hearing and repeatedly invoked his 5th Amendment self-incrimination rights to outraged congressional committee members.

These two headline examples are just the tip of the iceberg. The average price of insulin for diabetics has increased over 300% from 2002 to 2013. The blood pressure medication Digoxin® has jumped 637% and the heart drug Isoproterenol® skyrocketed 2,500% – these are not innovative drugs new to the market but have been around for decades. All told, there are 400 generic drugs that have risen over 100% between 2008 and 2015.

One of the arguments the drug manufacturers use to justify their high prices is that a vast majority of the research and development for the drugs throughout the world is performed by the U.S. drug companies and this R&D is very expensive because of all the clinical trials and government regulations and approvals that need to take place prior to approval and taking a drug to market. It is true that pharmaceutical companies spend between 10-15% of their total revenue on R&D, but there is more to the story. The fact is that these same companies spend more on direct to consumer advertising than they do on research and development. Why you ask? Because it works – it drives massive purchases by consumers. A patient who presents a manufacturer’s-provided coupon to their physician will receive that prescription 80% of the time. The bottom line is that it is very profitable for big Pharma to advertise. And the drugs they are advertising, many aren’t any more effective than those currently on the market, they don’t have to be to receive a patent or FDA approval, they just have to work as described.

This isn’t big Pharma’s only bag of tricks. One manufacturer pulled their drug a few months before it went generic so that patients would have to switch to the newly formulated equivalent with the hope that patients wouldn’t switch to the generic once it was available. Other drug manufacturers have outright purchased the manufacturer approved to produce the drug generically or paid them to delay the manufacturing of the generic drug thus maintaining their ability to control artificially high prices. These are just a few of the creative methods drug manufacturers have deployed to keep the cost of prescription drugs exorbitantly high.

How are the pharmaceutical companies doing? Extremely well. Profits are at an all-time high as are the number of new drugs in the approval pipeline.

By the way, did you ever wonder what happened to my friend and his expensive generic Crestor® prescription? Using Fringe Benefit Analysts’ pharmacy transparency and discount tool he paid $62.58, a savings of nearly $650 for a 90-day supply.

Watch for the next blog, with the theme from the Bachman-Turner Overdrive hit: You Ain’t Seen Nothing Yet!” part two of this discussion on increasing drug costs. There is something happening in the pharmacy industry that will drive medical costs up exponentially.

This blog was written by Scott Deru, RHU, REBC, President of Fringe Benefit Analysts, LLC®, an employee benefit consulting firm providing benefit solutions for firms throughout the country. Scott is a Registered Health Underwriter and Registered Employee Benefit Consultant and is currently Vice Chairman of the Board of United Benefit Advisors, an international partnership of premier benefit advisors.