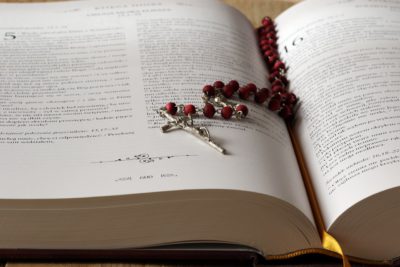 On August 22, 2014, the Departments of Health and Human Services (HHS), Labor, and Treasury released an interim final rule and a proposed rule that provide some new accommodations to employers that have religious objections to covering contraception under their group health plans. The agencies also released a fact sheet on the rules and an alternate form that religious organizations (like religious hospitals, universities and charities) may use.

This includes women’s preventive health services, including all forms of contraceptives that have been approved by the Food and Drug Administration. (This includes sterilization; there is no requirement that abortion be covered.) This requirement is an issue for both for-profit and non-profit organizations that have a religious objection to covering some or all types of contraception.

HHS has attempted to accommodate the concerns of non-profit religious organizations by completely exempting “religious employers” (essentially, churches) that have religious objections to covering contraceptives from the requirement. HHS also created a process under which “eligible organizations” (non-profits that are religious organizations and that have a religious objection to providing all or some contraceptives) are not required to directly cover, arrange, or pay for contraceptive coverage for their employees or students. Instead, these eligible organizations must provide a copy of a self-certification form to their insurer or third party administrator (TPA). The insurer or TPA then must provide or arrange for coverage for contraceptives at no cost to the women or the organization. It was assumed that the insurers would save enough money from fewer maternity claims to cover the cost of contraceptive coverage. The TPA for a self-funded plan is responsible for contracting with an insurer to provide the coverage; the insurer then is to deduct the cost of coverage from fees that it would otherwise owe a federally facilitated exchange.

Some eligible religious organizations felt that completing the form amounted to sanctioning this coverage and have filed lawsuits. To respond to those objections, HHS has created an alternative process. Under the new process these organizations may simply notify HHS that they have a religious objection to providing coverage for some or all types of contraception, and HHS will take care of coordinating coverage with the insurer or TPA. HHS has provided a model notification form.

The proposed regulation has asked for comments on how to define a “closely held” corporation. One option would be to define it in terms of a maximum number of owners, such as fewer than 100 or 45.

Another option would be to define it in terms of minimum fraction of ownership owned by a set number of owners, such as at least 50% owned by five or fewer individuals.