More Companies Flirt with Idea of the Four-Day Work Week 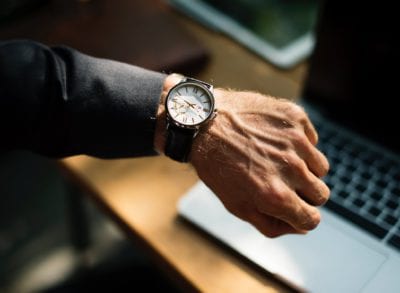 Many white-collar jobs, particularly those in creative industries like PR, publishing, and design, have embraced summer hours for years, with shortened workdays on Fridays. Now, some companies are experimenting with “Winter Fridays,” says The New York Times. While clearly seasonal-specific options, both these trends are part of ongoing explorations on the impact of reduced workweeks. Though hardly ubiquitous in either summer or winter, research points to a year-round, four-day workweek gaining some popularity across industries and across the globe.

The reasons for pursuing a reduced work week are usually rooted in improving work/life balance. Longer commutes, an always-on work culture because of email, the cost of childcare and other challenges for families, and general worker burnout are often cited as reasons for adding an extra day off to the week. For companies that have pursued a shorter week, employees report reduced stress and enjoying spending more time with family, exercising, volunteering, or pursuing a passion.

Those may be good enough reasons to pilot a similar program for some companies. If you need more reasons, consider what less time at work might mean for upskilling or reskilling. Employeescould use less work time to pursue training or certifications for further education in areas critical to your company as well as their professional development. Giving employees a chance to take courses and improve their skills benefits both employees and companies.

Still not convinced? You could also factor in even loftier goals like improving gender equity and battling climate change. An article in Quartz shows how normalizing shorter work weeks helps women combat career lag and lower pay from taking time off after having babies or are dealing with part-time work for childcare and family reasons. If everyone worked less, the argument goes, there’d be less stigma and financial repercussions for women. It could also empower more men to take a more active role in parenting. In the U.S., where there is no national paid leave policy, enacting a shorter work week could be a game changer for some families.

While these are all desirable outcomes, the concerns around a four-day week are generally related to lost productivity or revenue – legitimate issues for businesses.

Concerns surrounding productivity and performance may be put to rest, if current research holds up. In one trial run in a New Zealand-based company that was widely reported in the news, productivity in fact went up 20 percent! Managers also cite improved creativity and problem solving as well as better customer service, according to The Guardian.

If you’re ready to propose or enact a shortened work week, companies that have pioneered the approach have wisdom to offer. To make it work best, experts suggest framing the opportunity as one rooted in productivity with goals and accountability set together. As long as the accountability doesn’t resort to outright policing, this collective social contract, says Thrive Global, is more impactful than highlighting more time with family or to pursue personal projects.

Start that accountability by having your team engaged in deciding how to do it (what schedule works, what metrics of success look like, how to ensure someone is always available for customers) so you benefit from their strategies and they have more agency in the program. Experts also suggest making it a flexible policy, giving employees the option to choose if a reduced work week is right for them.

Is there a social, political, or cultural trend at work in the four-day work week? An article in Salonconsiders whether it is just a next step in workers’ rights. While the eight-hour day and the two-day weekend were union victories of the past that now seem commonplace, a four-day work week may be the next big political thing. While Americans use and get fewer vacation hours and are perpetuators of hustle culture, the British Labour Party has members advocating that the amount of time people work should go down as technology improves.

As America prepares for the 2020 presidential election in the U.S., the national minimum wage and paid parental and sick leaves are on the minds of campaign advisors. Will any candidate take up the four-day work week? One thing they’d need to consider – citizens would have more free time to engage with politics!

How to Make the 4-day Work Week Possible, According to Someone Who’s Done It

Secrets of a Four-day Week, From an Owner Who Wants Every Company to Try It

The Case for a 4-day Workweek

The “Winter Friday” Off Is Now a Thing