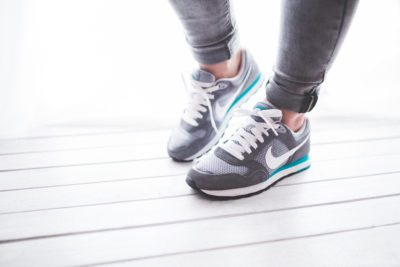 The phrase: “If I’m lying, I’m dying” should be changed to: “If I’m sitting, I’m dying” even though it doesn’t rhyme. If you haven’t heard by now, sitting for long periods of time increases the chance that you’ll die early, regardless of your race, gender, age, body mass index (BMI), or even if you exercise. The longer you sit, the higher your risk of dying sooner rather than later.

Fortunately, in an article on CNN’swebsite titled, “Yes, sitting too long can kill you, even if you exercise,” reveals that taking “movement breaks” every 30 minutes basically cancels out this health problem. But it’s not as simple as just standing, there are two factors impacting this—frequency and duration. How often you sit during the day, and how long you sit each time, have an effect. The article references the American Heart Association’s message of “Sit less, move more,” but admonishes them for not telling people how they should move around, or for how long.

The Centers for Disease Control and Prevention (CDC) has specific guidelines and recommendations for exercising, but none for sitting. For example, if you sit for 30 minutes, you should probably walk around for at least five minutes before sitting down again. And don’t assume that a “standing desk” is healthier than a traditional desk where you sit down. There isn’t enough evidence to say that a standing desk is better. It’s all about actual movement, which is why simply standing up isn’t enough.

Age is another factor that would seem to make a difference, but actually doesn’t. The article discusses age, yet the same principles apply. Older adults who sat more often and for long durations were far more likely to die earlier than those who sat less.

The message is clear. Regardless of who you are, what you do for a living, or how “fit” you may be, if you’re not moving around during the day and sitting for fewer than 30 minutes, you’d better get used to the fact that you may not be around as long as you expect, so get moving!