Fully Insured vs Self-Insured vs Level-Funded: What Does It All Mean To The Small Employer? 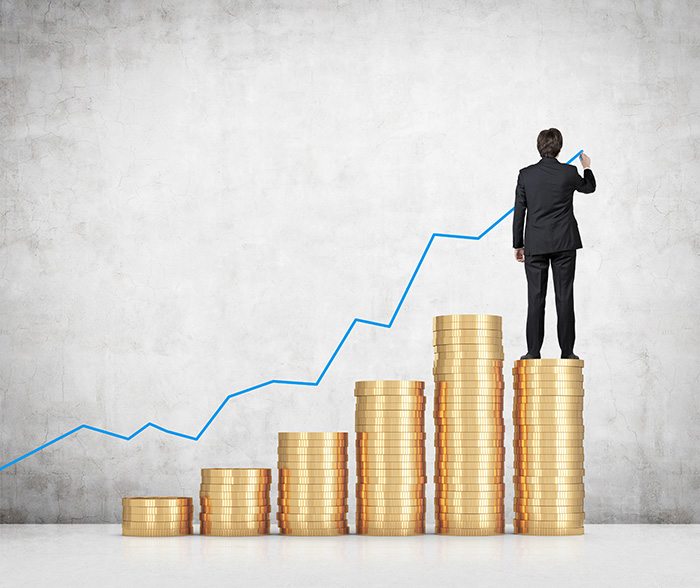 Small employers looking for ways to control their group health insurance costs are more closely examining what it means to be “fully insured.” These days, employers with as few as ten full-time employees are exploring other funding arrangements which can allow them more control—or at least more accountability—over their annual premium increases.

2) Beyond a certain annual “out-of-pocket maximum,” which is the total amount an individual or family will pay upfront for medical services. For instance, an annual deductible amount, or the individual’s share of a coinsurance percentage such as 80/20.

The financial risk for future medical claims, then, is almost entirely the insurance carrier. Beyond that out-of-pocket maximum—for instance, $5,000—it doesn’t matter whether an individual incurs a $13,000 appendectomy or $300,000 respiratory failure, or a combination of medical procedures in a given year; the insurance carrier has contracted to pay all claims, and not charge any more for monthly premiums during the term of the contract (typically at least one year).

The idea of “pooling” has always been a part of fully insured coverage as well. In simple terms, if ten people are insured, the insurance carrier’s goal is to make sure that the premium collected from all ten covers the claims incurred by all ten, not necessarily that the premium collected from each individual covers that individual’s claims. Up until the enactment of the Affordable Care Act, insurance carriers could put a higher price tag on the insurance offered to individuals and small employers with higher risk (existing sicknesses or other conditions) to cover the higher expected claims; now, the ACA mandates that, for individuals and small employers (under 50 full-time employees), insurance carriers use “community rating,” which equalizes the premiums charged to all in a certain geographic area for a certain level of service. Insurance carriers can still charge more by age—small-group coverage for a 21-year-old is usually much cheaper than that for a 61-year-old—but a sick 61-year-old and a healthy 61-year-old would pay the same amount for coverage with the same deductibles and out-of-pocket maximums.

The benefit of community rating is that individuals and companies with a large number of health conditions can find insurance coverage which is not priced completely out of their range. However, small employers with few health risks are finding that not only have their premiums increased by amounts greater than their own use of the insurance benefits would justify, but there is no benefit to them in prudently trying to control costs (via wellness plans or other initiatives), as their own efforts to reduce claims would only be drops in the huge bucket from which renewal increases are calculated.

Self-funded insurance is almost the complete opposite of full-insured coverage. A self-funded insurance plan is exactly what it says: A company provides all the funds to pay for expected claims (with an important caveat—see “Reinsurance/Stop-Loss” section). In essence, the employer has formed an “insurance pool” all of his own, with the participants in the pool consisting only of his employees.

Because even larger groups can incur greater than expected claims, most self-funded insurance plans still have a form of insurance in place, alternately called “reinsurance” or “stop-loss insurance.” These employers will pay a premium for protection in case their actual claims exceed, for example, 125% of actuarially predicted expenses, or in case a single large claimant incurs claims large enough to skew the entire “pool.” Typically, even employers with several thousand employees will have stop-loss to hedge their bets against the unexpected—which is really what insurance is for.

Self-funding is generally NOT an option for small employers, due to the nature of statistics. If you have 500 employees, you can estimate with fair accuracy the general level of claims you can expect to be incurred, and the probability of any specific large claims (systemic cancer, serious accidents, etc.). As the number of employees goes up, the accuracy of such statistical estimates goes up. As the number of employees goes DOWN, not only does the predictability of any individual large claim go down, but the ability of the “pool” to compensate for any one large claim goes down. If you have five employees and are funding their healthcare expenses to expected levels, it only takes one stroke or one high-risk pregnancy to incur expenses far beyond what you had planned for.

It is very much in the interests of a self-funded insurance plan to minimize claims, as all costs come out of the company’s pockets—and conversely, all savings benefit the company’s bottom line. Thus, wellness programs, biometric screenings, in-house exercise programs, and smoking cessation incentives can often be found at these companies, supplied and encouraged by well-motivated management.

Self-funded insurance plans are set up with the assistance of professional actuaries who can help determine reasonable levels of funding from year to year, and third-party administrators (TPAs) who provide the mechanics of claims payment to providers and often contract with an existing insurance carrier for the use of their network.

Level-funding has recently attracted far more attention among larger small employers (those nearing 50 full-time employees) or smaller large employers. At its simplest, level-funding is simply self-funding done small, usually by an office or offshoot of a fully-funded insurance carrier. With some level-funding providers offering their services to companies down to 10 full-time employees, these plans obviously can’t operate under the kind of risk possible with a larger company; the stop-loss coverage comes into play at a much lower threshold, protecting the company from unforeseen huge claims. These plans are often thus referred to as “partially self-funded.”

Because self-funded and level-funded plans, even for small groups, don’t need to be community rated as fully insured plans do, a level-funded plan can cost less to provide health benefits to the employees, and save the company money… but only if the cost of its claims stays low so that the cost-per-employee doesn’t rise as high as, or higher than the community-rated premiums available to them. In other words, only a company of healthy individuals (who will need to attest to their health status by individual health questionnaires when applying) should consider level-funding.

What Does This Mean For YOUR Group Benefits?

As always, insurance is a balance between costs and risks. A fully insured plan removes most risk from the employer and employees, but the guaranteed cost of the plan is higher. A self-insured plan leaves most of the risk with the employer, but also has the greatest chance for savings. Level-funding attempts to combine the best of both worlds, but is really only viable for a narrow segment of employers. There is no one “right” answer to which funding arrangement is “best”—if there were, there would only be one way to fund an insurance plan, not three.

How many employees do you have? How healthy is your employee pool? How much variation in your premiums can you accommodate, year to year? How much input into benefit design do you want to have? Together with our office, sit down and discuss these questions to find out which kind of insurance funding best meets your needs.

©Copyright 2016 by Nathan Shumate and Fringe Benefit Analysts, LLC. Reproduction permitted with attribution to the author.