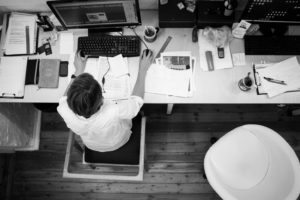 Though employers are not required to educate employees about their individual responsibilities under the Patient Protection and Affordable Care Act (ACA), it is helpful to know about the individual mandate.

The penalty for a child under age 18 is 50 percent of the adult penalty. The maximum penalty per family is three times the individual penalty. The penalty is calculated and paid as part of the employee’s federal income tax filing.

A person must have “minimum essential coverage” to avoid a penalty. Minimum essential coverage is basic medical coverage and may be provided through an employer, Medicare, Medicaid, CHIP, TRICARE, some VA programs, or an individual policy (through or outside the Marketplace). Acceptable employer coverage includes both insured and self-funded PPO, HMO, HDHP and fee-for-service plans, as well as grandfathered coverage, COBRA, retiree medical, and health reimbursement arrangements (HRAs). It does not matter whether the coverage is provided directly by the employer or through another party, such as a multiemployer plan, a collectively bargained plan, a PEO, or a staffing agency.

For more information on subsidy eligibility and proposed regulations that affect individuals (as well as clarifications related to employer-sponsored plans), view UBA’s free ACA Advisor, “The ACA and the Individual Shared Responsibility Requirement, Including an Update on Proposed Regulations”.

©Copyright 2016 by Danielle Capilla and United Benefit Advisors. Reproduction permitted with attribution to the author.