As Dragnet’s Joe Friday Would Say, “Just the Facts, Ma’am.” Get the Facts on COBRA Coverage – Who, When and How Long? 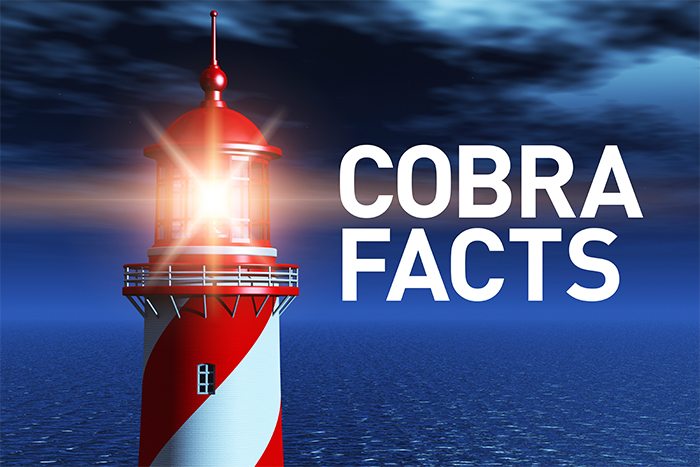 As we mentioned in the first edition of this mini-series on the Federal Consolidated Omnibus Budget Reconciliation Act of 1985 (COBRA), “marketplaces” or “exchanges” created by the Patient Protection and Affordable Care Act (ACA) did not make COBRA coverage obsolete. Rather, COBRA is still going strong. And while the general rule of COBRA coverage is not necessarily that difficult to understand, the timeframes, notice requirements, intricacies, and the ways in which COBRA interacts with other laws presents employers with potentially extremely expensive outcomes.

In the March 29 blog, I introduced COBRA, with a general guide to determine which employers are subject to federally mandated continuation coverage – generally, private sector employers sponsoring group health plans that have 20 or more employees on more than half of the business days in the previous calendar year. In this edition, I will discuss the who, when, and how long of COBRA – who is eligible, when is that person entitled to coverage, and how long the federally-mandated continuation coverage lasts.

Who is eligible for COBRA coverage?

A qualified beneficiary might also be a covered employee who had retired on or before the date of substantial elimination of group health plan coverage due to the bankruptcy of the employer. Any spouse, surviving spouse, or dependent child of such a covered employee is also a qualified beneficiary if, on the day before the bankruptcy qualifying event, the spouse, surviving spouse, or dependent child is a beneficiary under the plan.

Let’s take a closer look at a couple of the common COBRA missteps.

A “covered employee” is a defined term and means an individual who is (or was) provided coverage under a group health plan by virtue of the performance of services by the individual for one or more persons maintaining the plan. Therefore, agents, independent contractors, and directors who participate in the group health plan may be covered employees.

Be careful of domestic partner coverage.

Although plans may allow for domestic partner eligibility, COBRA coverage is available to a “covered spouse of the employee.” Because domestic partners are not “spouses,” they are not qualified beneficiaries.

What does “placed for adoption” mean?

Qualified beneficiaries can forfeit their status.

When is the individual entitled to coverage?

Only certain events, called “qualifying events,” trigger an entitlement to continuation coverage. The qualifying events and the respective qualified beneficiaries affected are:

How long does the continuation coverage last?

If the qualifying event is loss of coverage due to a covered employee’s reduction in hours or termination of employment other than by reason of gross misconduct, the maximum coverage period for all qualified beneficiaries is 18 months.

There may be times when the 18-month maximum continuation coverage due to the employee’s reduction in hours or termination of employment is extended.

It is extremely important that employers have procedures in place to examine potential COBRA coverage situations. Regardless of whether the employer contracts COBRA coverage administration to a third party, the plan sponsor/employer is the liable party. Employers should have processes in place for identifying which individuals are entitled to coverage when coverage terminates, and ensuring proper identification of potential qualified beneficiaries. Failure to properly identify COBRA qualified beneficiaries can be very expensive. In the next segment, we will look at the notice requirements and potential liabilities for employers.