Culture, Not Perks, Most Important to Retain Employees

Back
By: Heather Stewart 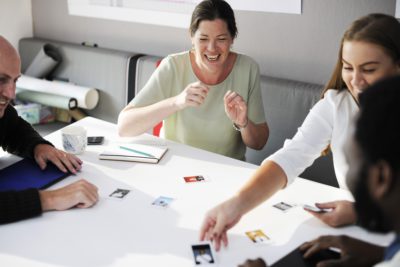 As a small business, how can you attract and retain top-notch employees? That was the key question tackled during a breakout session at the Salt Lake Chamber Small Business Summit in early February.

With the unemployment rate in Utah hovering at record-low levels, attracting and keeping top talent is top of mind for all business owners. But it can be especially challenging for smaller companies.

“At Underbelly Creative we’re … trying to compete with the larger companies as far as compensation and benefits packages, which is seemingly impossible for a small business like ours,” said Anthony Lagoon, CEO of Underbelly Creative, a digital design and development company with roughly 20 employees.

Nevertheless, Lagoon said he tries to keep Underbelly Creative’s compensation as competitive as possible. The company also offers perks like “loads and loads” of free snacks and beverages—including homemade iced coffee—along with a foosball table. The office itself offers an enticing work environment with high ceilings and lots of natural light.

“But all those things are superficial,” he said. “You have large corporation that have way more than that … and the culture is horrible.”

What really helps attract and retain employees is corporate culture. “We’ve asked our people through surveys and reporting, first of all, what drew them to Underbelly and then what is keeping them at Underbelly, and nine times out of 10 it goes back to the culture,” said Lagoon.

Culture can be a nebulous concept. It encompasses the work environment, a sense of teamwork and camaraderie, and even the fact that management will actively discipline or remove people who aren’t performing.

Once a problem employee has been let go, “there’s often a big sigh of relief” among the team, said Lagoon. With that realization, Lagoon said he has been moving quicker to terminate employees who are causing drama or not pulling their weight.

“Sometimes that’s the greatest thing you can do for your business,” agreed Darin Piccoli, owner of live music venue The State Room. “Usually, you needed to do it six months before you did it.”

That’s why part of creating a strong culture is being willing to address problems head on. “I’m definitely more open to just being frank with people early and often,” said Lagoon. That way, everyone knows if they are meeting expectations at any given time, and problems aren’t given time and space to fester.

Piccoli noted that turnover can be high in his industry. The State Room, which is a live music venue, employs lots of part-time workers whose hours can be quite variable. “We can go six days in a row and have employees there from 4 p.m. to 12 a.m. Or we could be closed for 10 days. So it’s a really different approach for retaining staff and having staff work together in an environment that is ever-changing and pretty inconsistent,” said Piccoli.

Despite that, he said turnover has been low. “We’ve had employees for way longer than most people do,” he said, attributing that to the company’s close-knit culture. New employees generally come from internal referrals, making the culture unusually cohesive.

And the job comes with some industry-specific perks. The State Room employees may get access to free tickets or the ability to purchase tickets for sold-out shows. They also have opportunities through the Live at the Eccles concerts the company organizes in partnership with the Eccles Theatre. “There’s people for people to stay in the loop because they get these extra perks … they’re in the industry and in the know,” said Piccoli.

At Underbelly Creative, the key to retention is often keeping people learning and growing on the job. Providing a clear-cut career pathway can be difficult in a small organization with a flat management structure. But Lagoon said you can still offer room for growth without focusing so much on titles and promotions. “There’s a lot of creative ways you can create a path for somebody,” he said, whether that’s giving them new responsibilities, stretching their skills or adding to their portfolio.

“Sometimes it’s OK that people leave,” he said. “If what the business currently has can support their goals and dreams, then great. And if it can’t, that’s totally fine. We’ll wish the best for them and then we’ll find a way to get past the hurdle.”

©Copyright 2018 by Utah Business.com  Reproduction permitted with attribution to the author.