Can Trump Dump Obamacare His First Day in Office? 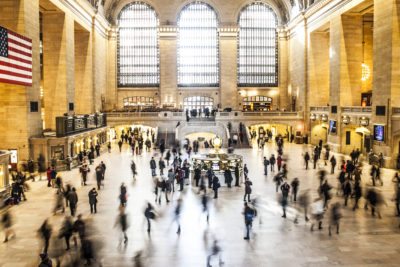 January 20, 2017 we will have the inauguration of our 45th President of the United States, Donald J. Trump. During his campaign he stated that he would repeal Obamacare (the Affordable Care Act or ACA) his first day in office. So what is the political reality of having the ACA repealed on January 21st?

The ACA is the law of the land and it will require legislation passing both bodies of Congress and the signature of the President to repeal it. Executive Orders from a President can dictate how administrative processes are carried out but a President of the United States does not have the power to strike down a law with a stroke of his pen.

What will it take to repeal Obamacare? First, let’s take a simplified overview of the lessons we learned in our middle school Civics class. The U.S. House and the Senate each have their own “rules of order.” These rules have been around since 1789 when Congress was formed and remain largely unchanged when voted upon each two year session. The House passes their legislation with a simple majority as does the Senate. The Senate, by design, is supposed to take things more slowly. Unlike the House, members of the Senate can filibuster or take up 100% of the floor time speaking about anything and everything for days at a time to slow or stop legislation from passing. It takes a 60% vote of the Senate for “cloture” or a vote to stop the filibuster, close debate and take a vote. The Senate does have a rule that it only takes a majority vote or 51 of the 100 senators on “reconciliation” bills (those dealing with a budgetary item) with no ability to filibuster.

After the inauguration in 2017, the Republicans will have a clear majority in the House (241/435), a razor thin majority in the Senate (52/100) and a President in the Executive branch. In order to amend or completely repeal the ACA, the Senate would need eight senators to cross the aisle and vote for a repeal in order to avoid a filibuster – a doubtful scenario. If a piecemeal approach is taken, they can begin to dismantle the Affordable Care Act by singling out all budget-related items and repealing those that would be filibuster-proof in the Senate under their “reconciliation” rules. How bad would this damage Obamacare? Severely, but would not completely repeal it. Remember the law as originally passed was 2,700 pages long and included 29 new taxes, funded dozens of new governmental health-related programs and regulated many items such as limits on flexible spending accounts and health savings accounts. Only items that have a budgetary impact can be repealed without 60 Senate votes. There are numerous other health care policy provisions in the law that cannot be dismantled through reconciliation in addition to 33,000 pages of IRS, DOL and HHS rules that need to be dealt with. Executive orders by the President would have a minimal effect on the remaining parts of the law.

What are the possible outcomes of outright repealing the ACA? As Otto von Bismarck, German Chancellor said in the 1930’s, “Laws are like sausages. It’s better not to see them being made.”

Here are some things to consider:

– Nothing happens quickly in Congress. There are committee votes, procedural votes, the votes before the real vote and then the actual vote to pass a bill. The House and Senate both pass their versions of a bill which goes to committee to iron out the differences and then another vote is taken on the reconciled legislation. There will be political posturing on both sides of the aisle. Remember, in six and a half years, Republicans have been unable to get their party behind a single replacement bill. That being said, Republicans have vowed to fast track a bill and make it the first order of business for Congress when they convene in January;

– There are 20 million Americans who are constituents of these federal legislators that have health insurance, many whom were previously uninsured. It will be difficult for any member of Congress to vote that subsidies disappear and people lose coverage the day the law is repealed;

– In order to show their conservative constituents that they repealed or at least gutted the Affordable Care Act as promised, it is probable that if a vote to repeal takes place, there will also be a delay in its implementation – possibly two or three years in the future. Just like trying to turn the Titanic, it will take time for rules to be put in place and insurance plans to be filed with their respective state insurance departments with mandated filing deadlines, many months before open enrollment;

In the months ahead it will be a fascinating process to observe and see how everything unfolds. It is doubtful that anything will happen on President-elect Trump’s first day in office but in a Washington, D.C. timetable, something will happen much quicker than normal. In the meantime, as they say at your favorite amusement park, “Keep your arms and legs inside the ride at all times.” It’s expected to be a bumpy ride with many twists, turns and inverted rolls. By the way, it’s probably best not to eat any sausage before this wild ride!