Biting the Hand that Pays Them 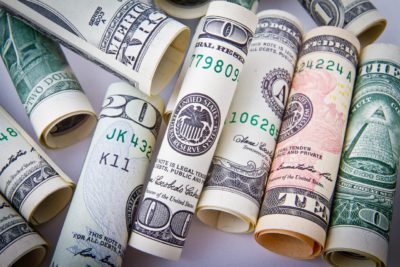 I was recently asked to speak to a gathering of hospital-sponsored health plans and providers of health care services about our health care system, and trends I see developing which threaten it. I’d planned to talk about how the Patient Protection and Affordable Care Act (ACA or Obamacare) only targets one-third of the health care system – that being payers (insurance), while mostly ignoring the other two-thirds: providers and patients. Call it a scapegoat, or something else, but of the three players in health care, insurance is the villain. It’s easy, then, to say that what’s wrong with health care is what’s wrong with insurance, and vice versa. As such, fixing health care then becomes fixing health insurance. Rather than assign blame to all three – providers, patients, and payers – it’s politically expedient to point a finger solely at the least popular of the three: the payer. And so, health care reform became health insurance reform; but as I’ve said many times before, insurance isn’t health care – it’s a way to pay for health care. This idea that insurance is to blame for the overall cost of health care, that it can strong-arm providers into taking whatever they want to pay, and thus, the rising cost of insurance is based solely on greed and not at all on the actual cost of the care, is a lie. There is another attitude that it’s easier for insurance to raise premiums than push back on the cost of care, because pushing back on providers is tough, and – for the insured – not having insurance means certain death (and thus they will pay any premium). This holds a little more water; however, it wrongfully assumes that without insurance there is no health care. Yet, the truth is that health care would exist with or without insurance; we’d just need to find a different way to pay for it. People “need” insurance – not for its own sake – but to pay for health care, because health care itself is too expensive.

Imagine the following scenario: Oil changes for your car jump to $1,000 per oil change. Rather than be outraged with the price, we turn around and demand that auto insurance start paying for it. We then get outraged when auto insurance rates increase. Insurance isn’t without blame. Indeed, I believe that some forms of insurance are too profit driven, and/or force insureds to pay the cost when they make mistakes or act inefficiently. Yet, with that said, blaming those actors (even the bad ones) for all the problems facing health care is a huge mistake. Health insurance is not a behemoth, stomping around, forcing its will on insureds and providers. In fact, the opposite is true. Problems with the status quo arise not from the strength of the insurance market, but rather, its weakness.

This brings us to the topic I opted to speak about, and the topic about which I write today. That this issue would be abolished by a single-payer system – at the expense of medical service providers, and thus, providers need to take action now to aid our employment based benefit plans, before they cut off their own nose to spite their own face.

Presently, insurers (try to) negotiate with hospitals and drug companies on their own. To do this, many rely upon preferred provider organization (PPO) networks or other such programs. In exchange for agreeing to the network terms, providers are promised prompt payment, and reductions in (or elimination of) audits and other activities payers otherwise engage in when dealing with medical bills submitted by out-of-network providers. Indeed, benefit plans unilaterally calculate what the covered amount is when paying an out-of-network provider (usually resulting in the “balance” being “billed” to the patient). When paying an in-network provider, however, benefit plans are required to pay the network rate (the billed charge minus an agreed upon discount), regardless of what pricing parameters they’d usually apply to out-of-network bills. This is agreeable to the payer, meanwhile, because it means they get a discount (albeit off of inflated rates), and, more importantly, the payment is payment in full – meaning patients aren’t balance billed.

Due to the payer’s lack of size and number of payers present, competition between payers and networks, and other elements present in our market, payers cannot “strong arm” providers. Compare this to markets where there is a single payer; when providers must agree to terms controlled by the payer, since it’s their way or no way. In other words, in a pure single-payer system, there is only one payer available – and you play by their rules, or you don’t play at all. Currently, in the United States, Medicare and Medicaid are the two “biggest” payers, and thus, it should come as no surprise that they routinely secure the best rates.

A 2011 study found that reimbursements to some U.S. providers from public payers, such as Medicare and Medicaid, were 27 percent higher than in countries with universal coverage, and reimbursements from private payers were 70 percent higher than the Medicare payment. This tells you two things – private plans pay way more than Medicare, and Medicare pays way more than “single-payer systems.”

What does this mean? If providers fail to offer private payers better rates soon, they will bankrupt the system. If that happens, Medicare will go from being the “biggest” payer to the “only” payer, and the rates they pay will drop accordingly.

Why is this a problem? Because, like it or not, providers are businesses too; and if they suddenly see payments plummet to “single-payer” rates, they will take action to remain profitable. Months to have a lump examined? Hours upon hours sitting in a waiting room? Death panels? The “horror” stories we hear from other nations with single-payer systems are not shocking – they are expected. Yet, those who support a single-payer system do so because the current system is too expensive. Thus, to avoid a single-payer system, we need to make health care less expensive. How do we do that? Reduce the cost of health care, and reduce the cost of health insurance accordingly.

Ideas for the Future

First, many have argued (and I tend to agree) that health insurance pays for too many medical services. Routine, foreseeable services should not be “insured” events. Insurance is meant to shift risk, associated with unforeseen catastrophic events. A flu shot doesn’t fall into that category. If people paid for such costs out of their own pocket, hopefully the cost of insurance would decrease (adding cash to the individual’s assets with which they can pay for said expenses). Likewise, hopefully providers would recognize that people are paying for these services out of their own pockets, and reduce their fees accordingly. If an insurance carrier wanted to reimburse insureds for these expenses (promoting a healthy lifestyle and avoiding some catastrophic costs insurance would otherwise pay) or employers want to cover these costs as a separate and independent benefit of employment (distinct from health insurance) so be it; (cough*self-funding*cough).

Next, we need to refocus on primary care as the gatekeeper. I’ve seen a movement toward “physician only” networks, direct primary care, and other innovative methods by which benefit plans and employers promote the use of primary care physicians, and I applaud the effort. They provide low-cost services, identify potential high-cost issues before they multiply, and steer patients to the highest quality, yet lowest cost, facilities and specialists when needed.

Lastly, I’ve seen benefit plans attempt to remove themselves from traditional “binding” network arrangements across the board, instead using networks in a much more narrow function (contracting directly with one or two facilities in a given geographic area). By engaging with specific facilities directly, they can find common ground, and identify valuable consideration not previously considered. Between increased steerage, true exclusivity, electronic payment, prompt payment, dedicated concierge, and other services payers can offer hospitals when they limit the scope of who is included – above and beyond dollars and cents – some facilities are able to reduce their asking price to a rate that will allow the plan to survive and thrive.

From Accountable Care Organizations (ACOs) to value-based pricing, from direct primary care to carving out the highest cost (yet rarest) types of care, to be negotiated case-by-case, many innovative payers are trying to cut costs and ensure their survival. The next step is getting providers to agree that such survival is good for the provider as well. Compared to the alternative, I hope they will not choose to continue biting the hands that pay them.

©Copyright 2017 by Ron E. Peck at The Phia Group, a UBA Strategic Partner. Reproduction permitted with attribution to the author.