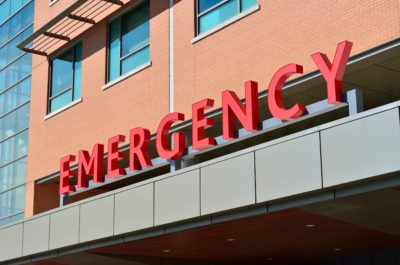 There are many provisions of the Affordable Care Act (ACA) that on the surface are controversial. There are some, however, that are truly universal in popularity, even among those with a disdain toward Obamacare. These are the sections that allow children to stay on their parents plan until the age of 26 no matter what, outlaw the imposition of pre-existing condition limitations and prevent those with health problems from being denied coverage. There is also another popular provision that can be added to this list — the provision that forces an insurance plan to pay for emergency room charges as in network, even if the facility is not contracted. Who would not be in favor of such a provision?

However, the framers of this legislation did not think about possible payment issues when creating this mandate. In reality, they were probably unfamiliar with the payment mechanisms altogether. This lack of understanding has caused some significant financial hardships to the very individuals the provision was created to protect. Buyers beware and read on!

Consider that an insurance company performs some fairly simple tasks. They collect premiums from their policyholders and then remit significant portions of these proceeds back out in the form of claim payments. For an auto insurer, these funds might be paid primarily to body shops and mechanics. For a health insurer, these payments go primarily to health providers in the form of hospitals, physicians and pharmaceutical companies. Assuming the claim is submitted timely, is for an eligible expense, and of course the policyholder is paid up on premium; the insurance company makes payment.

Emergency room claims are a type of hospital charge and these are of course paid on a regular basis; all the ACA provision does is expand potentially the “eligible expense” portion of the valid claim determination process.

If we go a bit deeper into this we focus on contracting. On a dental plan for example, in most cases at, the carrier will pay dentists both in network and out of network. The network dentist guarantees the member he/she will accept the plan payment in full. Outside the network, the carrier will render a payment deemed as “reasonable and customary”. This protects them from being gouged on charges, and of course, is a method to also keep premiums in line. If the member uses an out of network dentist, an action to which they have every right, they also risk being balance billed for any charges that exceed the “reasonable” payment.

Health carriers in theory, operate in the same manner. However, a dental charge over reasonable and customary in many cases amounts to less than $250, and can be categorized as annoying. An unpaid health claim due to charges exceeding the amount eligible for payment can run into the tens of thousands. This goes way beyond annoying. It can literally sink a family financially and there are many of these stories around the country. .

Health claims are quite a bit different from other types of claims in the sense that the eligible charges, after negotiated discounts are taken, are significantly lower than the billed charge. Hypothetically, a cash payer however is expected to pay the entire amount. The discount is given to the carrier in exchange for a high volume of revenue directed the provider’s way; something the cash payer is not necessarily offered. A member who utilizes a non-network emergency room becomes sort of a hybrid of insured and cash payer. This can cause a significant problem and unfortunately one that it most cases, does not surface until it is too late.

If a member understands the way their plan operates, and is aware that all emergency rooms are paid as in network regardless of the status of the remainder of a given facility; this person can easily find themselves in a non-contracted location. During that time period a number of documents will be presented to this individual for signature, including a promise to pay that is legally binding. Then again, why not sign it? You have insurance after all.

Once this claim gets submitted, the health insurance carrier will do what they are in business to do — they will pay the claim at the rate they pay contracted facilities and a rate that they consider at least to be reasonable. The facility however has no obligation to accept this as payment in full, and who will they go after for the remainder? The member of course.

How significant is this problem? In 2016, in a fairly well documented situation, a Utah family found themselves facing an additional $12,000 in expenses after one of the family members needed to be rushed to the closest emergency room due to a suspected heart attack. For them, the options were to pay the bill or be sent to collections and risk destroying their credit. This is just one story. Unfortunately, there are many, many more and throughout the country. The really sad part is that there will be more to come, and these individuals really have no idea what is ahead of them. It’s not like they have been forewarned. The greater question is how many out there are able to handle this level of expense. The average Utahn has enough savings to sustain themselves for only two weeks of living expenses. For most, that trip to the “convenient” emergency room is a bankruptcy waiting to happen.

There are a handful of states that outlaw the practice of balance billing, but in most states such as Utah, this is a potential risk. There was proposed legislation is the 2017 session to put a cap on emergency room balance billing, but it was quickly squashed by the hospital and physician lobby.

Your mother warned you to look both ways before you cross the street. That same quality level of advice needs to be given to make you extremely cognizant of where you take your loved one in an emergency.